Eng
Ru
04/07/2022 - 09/07/2022
Tuscany
family tour
for adventurers
The hunting for new experiences is opened:
new tastes, acquaintances, meetings and cities are already waiting for you!
Traveling to Tuscany.

ACCOMMODATION
The villa is located in the heart of Tuscany, about 40 km from the sea and close to the most important cities:

CARE
The villa has a hotel layout, each bedroom has a bathroom.

To participate in the trip,
you need to have a medical document with a negative test result for COVID-19 (PCR or Antigen), conducted no earlier than 48 hours before entry.

INCLUDED IN PRICE
Tour organization.
Work of guides.
Animator or assistant for kids.
All excursions included in the tour description.
Tickets to museums.
Cooking classes, tastings.
Photo shooting during the tour.

Golden wheat fields strewn with red poppies, unique and unforgettable sunsets - a picture that can be admired from the panoramic terrace of the villa, while tasting good Tuscan red wine. Large lawns and hedges, surrounded by vast expanses of wheat fields and olive groves, Tuscan grasses and shady park areas with comfortable sofas and armchairs, a rectangular pool with panoramic views and a large solarium - what more could you dream of?
04/07/2022 - 09/07/2022
TOUR PROGRAM
1 DAY (04.07)
18:00 Meeting guests. Accommodation
19:00 Acquaintance
20:00 Dinner in a traditional restaurant

CIAO! Привет!
Не пропусти лучшее семейное путешествие!
2 DAY (05.07)
8:30 Breakfast
10:00 Visit to the city of Siena with guide for adults and children
12.30 Lunch
16:00 Theater-cinema school lesson 1 for children
16.30 Visiting cheese production and wine tasting for adults
19:30 Dinner
Theater-cinema
school
Igor Mamlenkov is a Russian clown, actor and director living and working in Switzerland. Igor's two short films got special prizes at various film festivals.
Igor Mamlenkov, Russia, director and performer. Born in Russia in 1988, where he was engaged in break dance and drama theater. He attended high school in Denmark and then moved to Barcelona, where he studied the art of clowning and acting with masters such as Django Edwards and Johnny Melville.

Find out about our promotions!
To get the exact cost and
information about bonuses
3 DAY (06.07)
8:30 Breakfast
10:30 Cooking class with tasting
13:30 Lunch
16:00 Visiting olive oil production
17.30 Theater-cinema school lesson 2 at the villa for children
20:00 Dinner
"Let's imagine that you're 3 or 5 or 9 years old. You're traveling in Italy, more precisely, in Tuscany. There are many friends with you. All the children run around in a real castle, in which the children of the family played hide and seek many years ago Pucci, battles were fought and the heads of the Catholic Church were hiding. Of course at 5 years old it doesn't matter to you, but you like making pizza, getting your hands dirty in tomato sauce, breaking juicy mozzarella, you like a beautiful white apron and cookies, which are here , next to you, your mother did. You are pleased to sit at a beautiful table and the fact that a pretty girl Chiara brings everything that your heart desires. You like colorful balloons that seem even brighter in the rays of the warm sun. 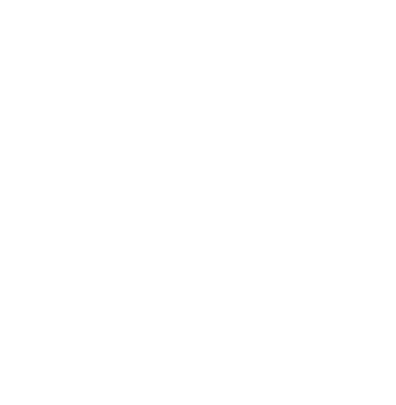 Kseniya Forte
Tours creator
4 DAY (07.07)
8:30 Breakfast
10:30 Visit to the city of San Gimignano with a guide for adults and children
13:30 Lunch
16.00 Theater-cinema school lesson 3 at the villa for children
16:00 Wine production and tasting for adults
20:00 Dinner
5 DAY (08.07)
8:30 Breakfast
10:30 Meeting with a folklore group that will teach children and adults how to handle flags and drums, as it happens during the traditional Palio di Siena
13:00 Lunch at a traditional restaurant
15:00 Free time in Montepulciano for those who wish
17:00 Theater-cinema school lesson 4 at the villa for children
19:00 Final dinner (additional charge). Children's performance Italia Per Famiglie
6 DAY (09.07)
8:00 Breakfast
10:00 Checking out
Palio and flags
"The art of waving the flag" can be translated a skill that sbandieratori has been skillfully practicing since the end of the fourteenth century. Previously, waving flags served to communicate with departments by launching and waving banners indicating the best moment for troops to attack.

The work with the flag was allowed to the best soldiers, who had to defend their insignia until their death. They had to be loyal, careful and resourceful, just like our little guests on the Italia Per Famiglie tours.
TUSCANY,
WE'RE READY!
Cities and locations we're going to visit
Chianti hills
The picturesque Chianti hills, covered with vineyards and olive groves, dense forests and medieval fortified towns.
Siena
Siena is the city of Palio, one of the most famous historical equestrian competitions in the world.
Montepulciano
Montepulciano is a city among picturesque valleys, where wine cellars coexist with the burials of the Etruscan nobility and thermal springs.
San Gimignano
San Gimignano - "A masterpiece of the creative genius of man, a unique testimony to the civilization of the past and an outstanding example of architectural and landscape ensembles, evidence of significant stages in the history of mankind."

You are in the hands of professionals

You are with good company ;)

Interesting for kids, delicious for adults
ONE MORE STEP
and
YOU'RE IN TUSCANY!
Great! Just fill out the information below and we will answer all your questions.
By clicking "Soon" you agree to our privacy policy.
TELL YOUR FRIENDS ABOUT OUR TOUR!
CONTACT US:
KSENIYA FORTE
Tour creator
Phone: +39 393 917 3023
E-mail: info@fortini.online